The room Rollon showcase this legendary Viking chief, who became the first Duke of Normandy!
Wood, sculptures, stone walls, bed-drakkar, shields, furs, warm colors, enjoy the rest of the warrior in this warm and authentic and let yourself be transported in dreams of conquests! 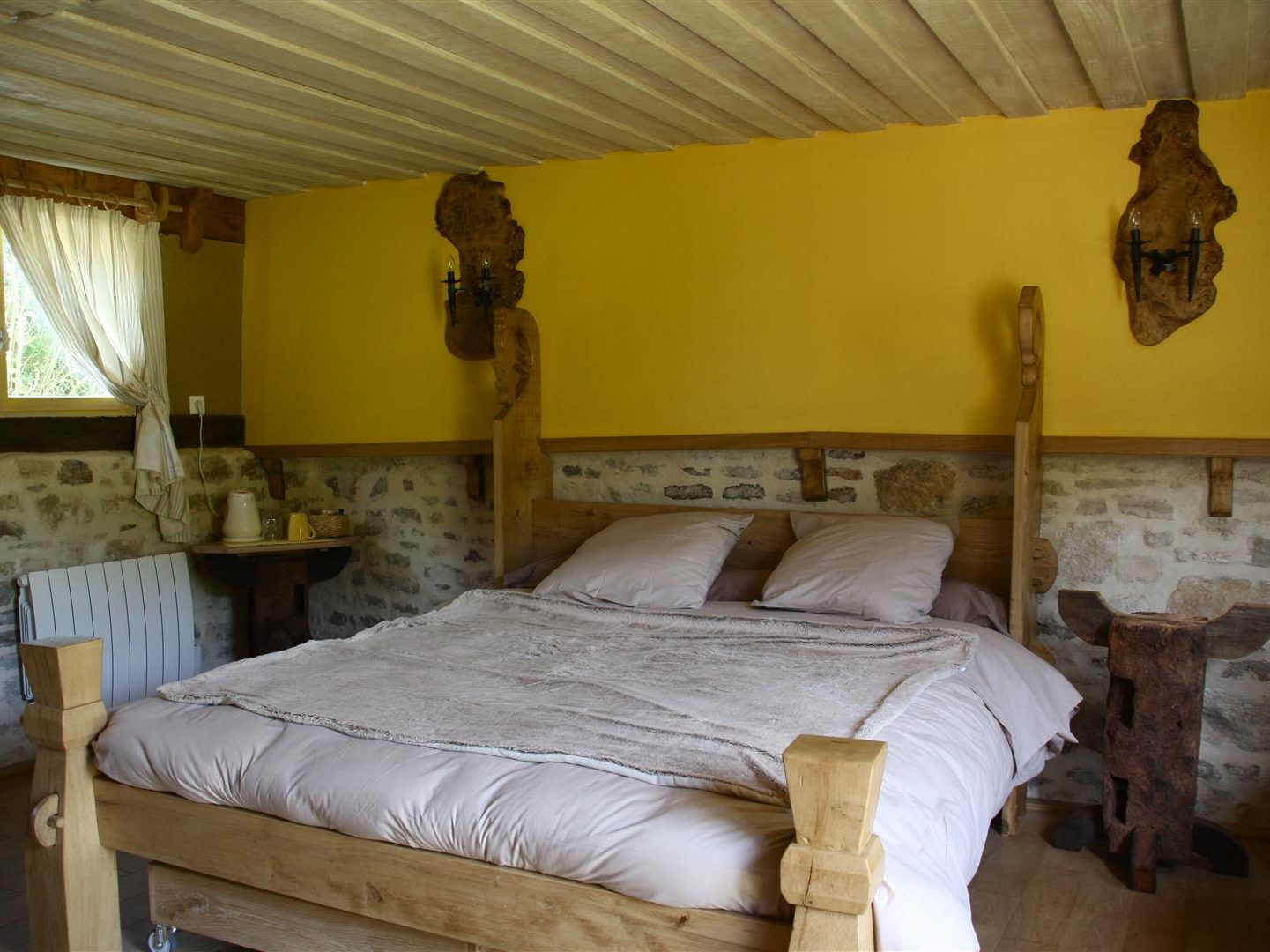 Rollon, great Viking chief of Norwegian origin, lived in the tenth century. He is at the origin of the Duchy of Normandy: in 911, counterpart of the stop of his looting, the king of France Charles le Simple gives him a territory around Rouen which will become, a hundred years later, the Duchy of Normandy. Difficult to discern the legend of the real in the life of this mythical warrior, become one of the symbols of Normandy.
Prices
Book

After a good night's rest, you can enjoy breakfast in the Hall of Sighs: the breakfast

Normandy is rich in places of culture and leisure; come and discover them here: our region

Also enjoy your stay with us to offer a massage "at home": the massages